At Cardinal Strategies, our mission is simple: We help our clients achieve their objectives, doing so with the utmost integrity. With extensive experience in the legislative process, state government, and economic development, Cardinal Strategies is uniquely positioned to advance your agenda. 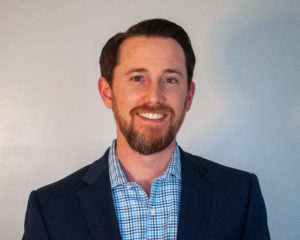 Eric Shields has many years of experience working to advance economic development. While at the Indiana Economic Development Corporation under then-Governor Mike Pence, Shields shaped and implemented the Indiana Regional Cities Initiative, including managing its $126 million in funding.

Some Client Successes Include: 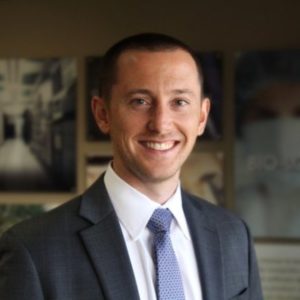 Shields has gained over 12 years of experience working with the General Assembly and state government. He has been responsible for the development of programs and legislation intended to enhance Indiana’s economy, as well as strategies to make them a reality. Shields shaped the Indiana Regional Cities Initiative and implemented the program after its launch, including managing its $126 million in funding. He was also instrumental in the passage of Right to Work legislation in 2012 that directly resulted in improving Indiana’s national business climate ranking. Shields has also negotiated tax incentives associated with 31 redevelopment projects across the state of Indiana that led to over $500 million in new investment.

Shields began his career in 2005, serving as a Legislative Assistant in the Indiana House of Representatives until 2009. During this time, he staffed the Commerce and Small Business Committee as well as the Labor Committee. He also served as the Internship Director, recruiting and managing caucus interns for the legislative session. Additionally, he held field manager positions on competitive legislative campaigns in 2006 and 2008.

In 2009, Shields left the General Assembly to work for the Indiana Economic Development Corporation (IEDC), ending his time there as Vice President for Policy and Strategic Initiatives. In this role, he was responsible for relations with the General Assembly, redevelopment programs, interagency affairs, and research.

During his time with the IEDC, Shields developed and led numerous key legislative efforts. Chief among them was the Regional Cities Initiative, which is a program aimed at encouraging communities to collaborate and implement strategic plans in order to transform Indiana into a destination for talent. He helped to design and secure support for the Regional Cities Initiative and related legislation, including $126 million in funding, and led the implementation that followed. In 2011 and 2012, Shields played an integral role in the passage of Right to Work legislation, which has raised Indiana’s national profile and allowed the state to win job-creation projects in which it would have otherwise been eliminated from consideration.

Shields also led significant economic development program efforts for the IEDC. He worked to introduce commercial air service as an economic development priority and, in 2013, participated in negotiations with United Airlines to secure nonstop service between Indianapolis and San Francisco. He also managed and negotiated tax incentives associated with 31 redevelopment projects, resulting in over $500 million in new investment across 18 communities in Indiana.

Eric and his wife, Gina, reside in Indianapolis with their daughter and black lab mix.